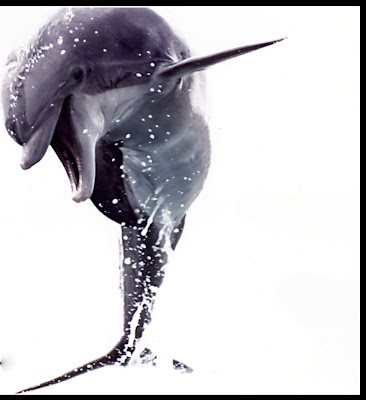 Pisces often presents himself as the new Poet, the new Writer, the new Filmmaker, the new Prophet. One day….when the world understands him… But the world is so annoying sometimes. It expects him, HIM…to hustle like ordinary folk, and work ordinary jobs, pay ordinary rent bills and electricity bills and national health stamps and car insurance, when it should all be made easy, after all, if they only knew what talent he had, what he could do for the world… A familiar story, and a sad one. And the saddest part of all is that, often, the Pisces won't be able to find the happy middle, the balance point between valuing his dreams and taking the time to craft them into shape. He simply becomes embittered, disillusioned, and gives up in disgust. So the visionary becomes the most prosaic and most cynical of men, and never writes a line again, or scorns the paintbox that lays in the attic gathering dust. And he can say to his grandchildren, 'Yes, once I dreamt of being a painter…. But…but….something went wrong.' What? The confrontation with reality, the meeting of the melusine with the mortal. Either extreme is failure: drowning underwater, or losing the dream because it's exposed too soon, without faith. Pisces Shadow (From the book "Astrology for Lovers" by Liz Green)

I am so there. My laptop there gathering dust as my stories sit waiting for the day. My old and new cameras sitting there waiting for the next right time to shoot. Finding the balance of living in real life and living in the dream can be tricky. Could Stephen King be who is if he had to work a crummy job at MacDonald s. I think so because he had a goal, set priorities, he knew what he wanted to be and never stopped, never gave up, and kept at it. I lose faith in the dream. I lose faith in myself. Though I'm an Aquarius, i suffer from the Piscean dilemma...I have many ideas and goals and dreams, I manage to bring them to the starting gates like but i lack in the long run. The race that might take a life time. It becomes too complicated and suffocating and i begin to drown. Need air, need space, need to run away from it all. Maybe this new year will allow me to do what i need to do. I will put in the work because it needs to be done. Finding the balance of mortal and the Melusine.

Pisces is sometimes called the sign of self-undoing. And it is important to remember that it's truly self-undoing with Pisces, never the undoing of others. Pisces often has such a wealth of talent and vision that he is one of the most blessed of men. Yet so often his life is a failure. And this is because of his shadow: his visions of self-aggrandizement are so often too large, much too immense to ever be fulfilled, so he's doomed to self-disappointment and self-disgust. And his bitterness at life can erode him, because he feels betrayed by it. If he can begin to understand that he is it, that there isn't any 'world' that is inimical to him, that he must simply understand both the divine and the mortal sides of himself and care for them both, then he's truly unlimited. And what strange children marriage with a melusine can produce? StarWars, Matrix, Theory of RElativity, Going to the Moon, AirPlanes, cruise liners, submarines, the impossible can be possible

This is my answer to "Confusion...WHich road to take." It's there already, i just have to do it.

This is a pictures of SCarlet one of the dolphins at Discovery Cove. I shot this about six or seven years ago using a Nikon D1. One of the first Dslr's. It was a cloudy day and by chance the trainer had asked for a jump. I stood there with catch focus set and bam got the shot.