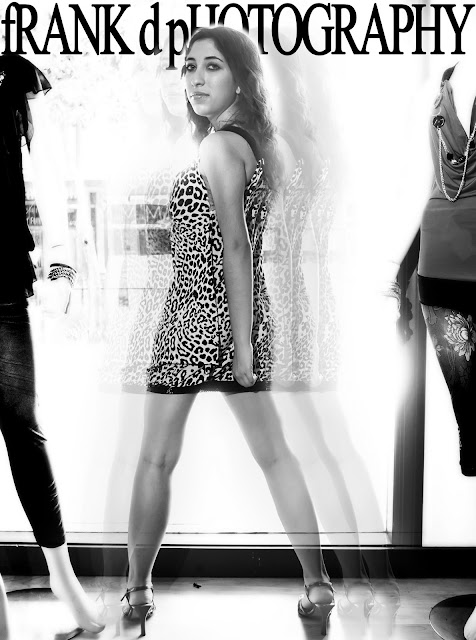 I had an idea for this shot as I had always wanted to do a close in window shot. The blurring trails are done in photoshop that I practiced on a previous project but it came out better this time. 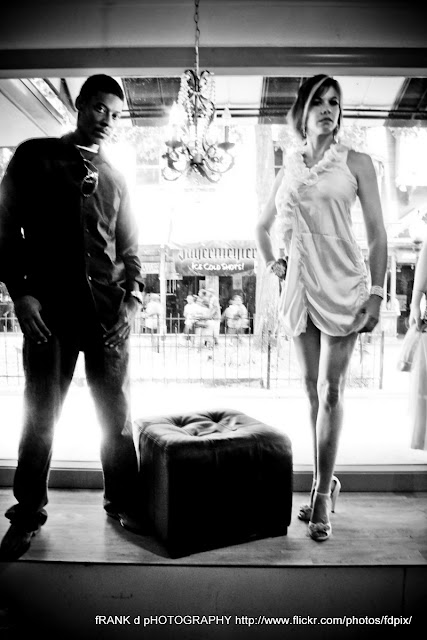 Having the two models stand side by side really makes them look like mannequins in the window. I really dig this shot as you have two tall models with great physiques showing off some hot clothes. 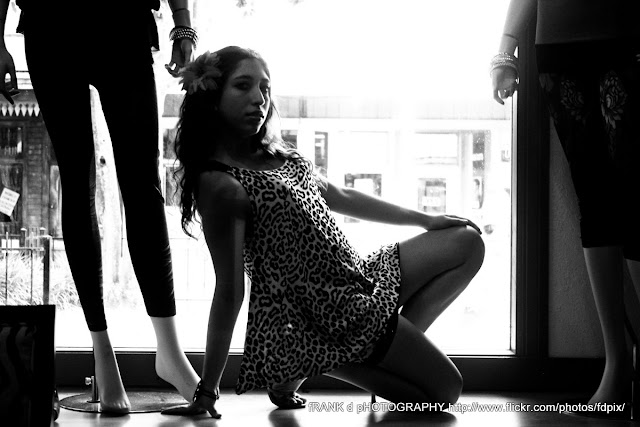 This one was a mishap. I mean I have two version of this. One where the flash fired and one where the flash didn't fire. I like both and used both but I love how there is mystery in the face with white light behind her. There's also the hidden face in the shadows but you can see the eyes. 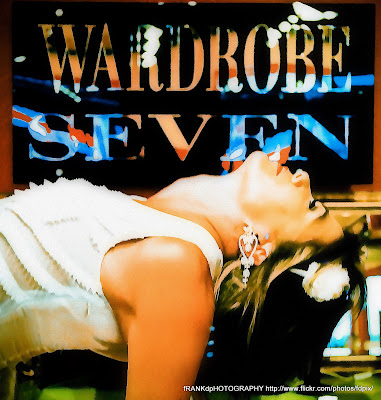 This was just playing around in Lightroom. Ran through about a dozen presets till it came to something weird. 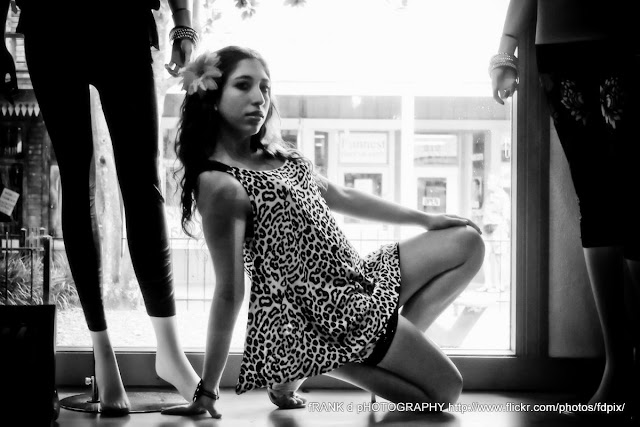 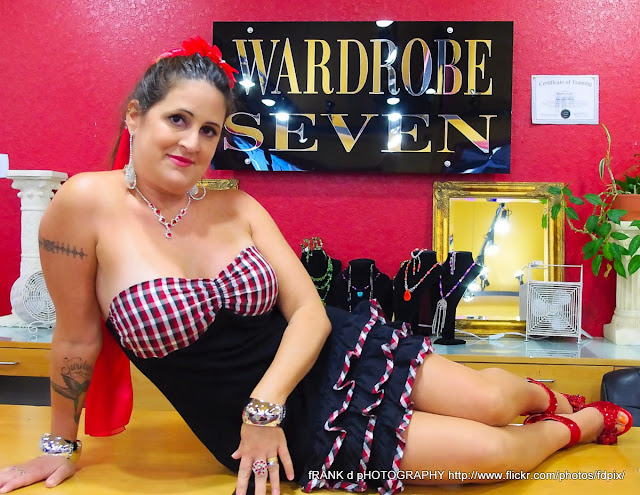 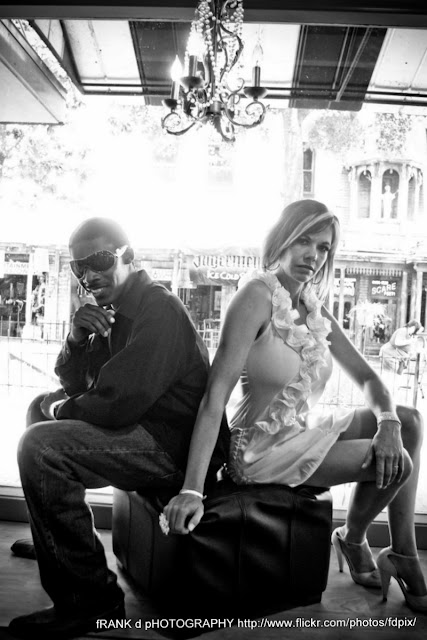 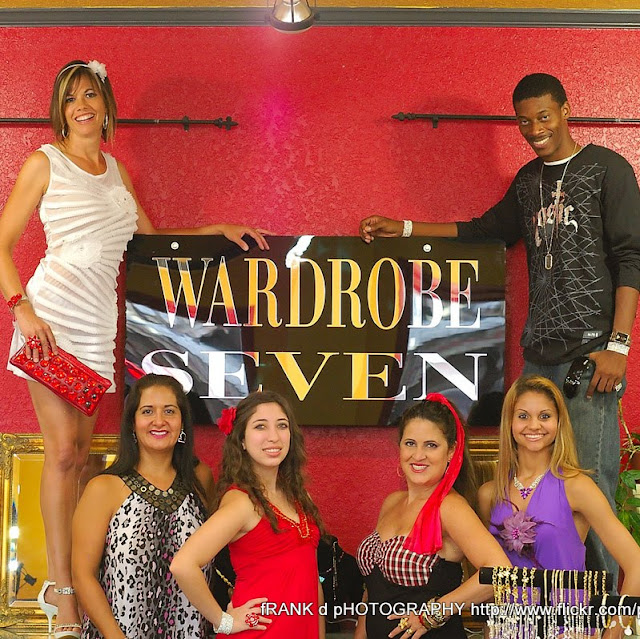 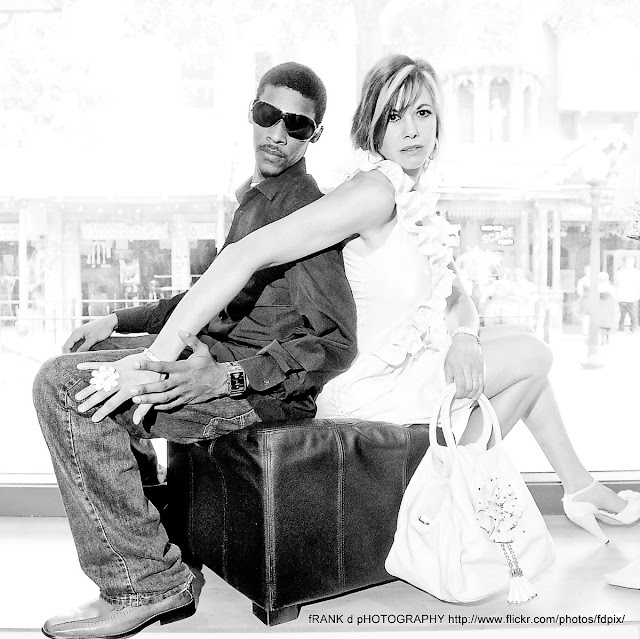 Again another dramatic shoot with the two models in the window. The eyes and faces say it all. But for me the Black and White contrast with the picture and the models wearing black and white also really add the feel. This is definitely something i have not done before. 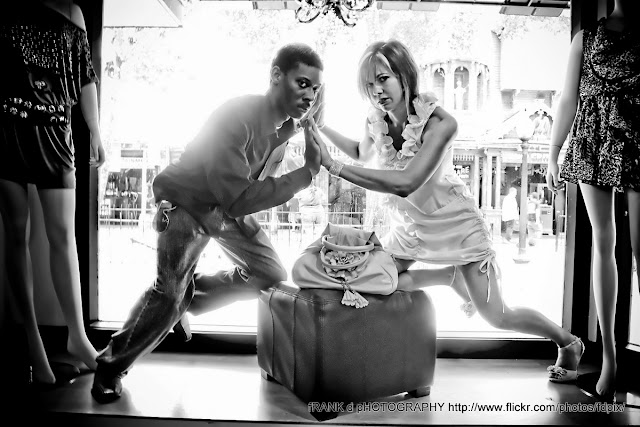 I would say this is my favorite out all the shots and there were some real nice ones. I'd been playing around with some lightroom presets that give a photo an HDR look. It really makes this photo look so dramatic. Sure there is some blur and but the pose and facial expressions are the best. 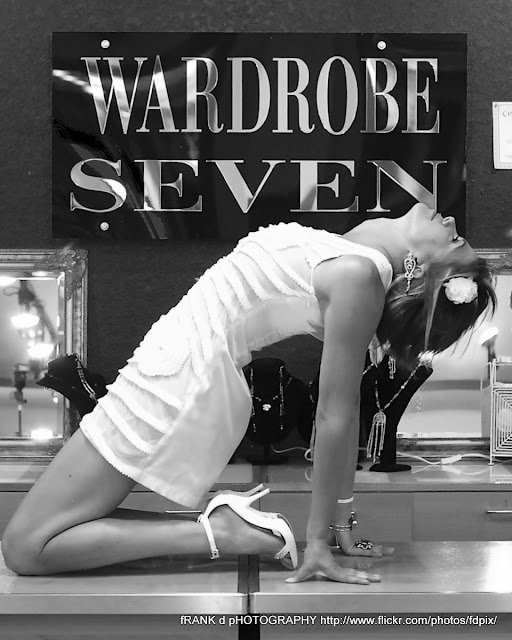 Had a photo shoot with a model/photographer group at a clothing store. I didn't know what to expect but when I go to these MeetUps I like to travel light or as light as possible. Had two cameras...two manual lenses for the ist DS and two AF lenses on the KX, a bare flash on a light stand. The original idea was to shoot from the outside but there was horrible glare in the windows even with CP filters. So we took it inside. Using a straight flash I knew I was going to get very contrasty and dramatic lighting so I used it to my advantage. Having seen many Videos of Melissa Rodwell doing shoots I know that she frequently slows down her shutter to engulf her subjects with ambient light. So I had my subjects in front of the windows and managed get very dramaticeffects. I also got a lot of blur since my shutter was down to like a 5th or something. It was really slow even with the Anti Shake if the subjects even moved a bit it would show. But there were some real gems. Every shoot is learning and growing experience. My last shoot at the Alice in Wonderland theme dealt more with color. This shoot deals more with light and black and white. I was able to process the pictures in less than a day. The last shoot took me about two weeks.
Posted by Unknown at 4:39 AM